As Apollo Tires, one of the world’s largest tire manufacturers, turns 50, we take a detailed look at the company’s origins, remarkable growth, and the driving force behind it.

The story of Apollo Tires is the story of a family, a company, and a country. Founded in 1972, the Apollo brand is the preferred tire choice for global and indigenous Indian automotive operators. Its products are available in all classes, including commercial vehicles, passenger cars, two-wheelers, farm and industrial.

Onkar Kanwar, Chairman of Apollo Tires, has transformed his company from a single plant in Kerala to being a major producer in India with more than 19,000 employees and annual sales of more than $2.8 billion in fiscal 2022. Over the decades, the company has evolved in response For the changing times, it has adopted the best technology and globally acclaimed industry practices. This has boosted its industrial reputation and recall. Today, it is one of the world’s most trusted brands in the manufacture and sale of tires.

Every journey begins with a small step and along the way the path takes on more meaning. As India completes 75 years of independence, it is interesting to note that the Apollo flight traced India’s growth. Since its birth as an independent country, India has turned into a powerhouse in many areas such as science, technology, commerce, industry, arts, culture, sports among others. It was an extraordinary journey that inspired not only the subcontinent, but the entire world. The Apollo Tires flight is no different.

Apollo Tires started its operations in 1972 with its first factory in Perambra in Kerala state and after laying the foundation and establishing the factory, the first tire was produced in 1977. The company was established by the late Raonak Singh, father of Onkar Kanwar, and quickly became a major player in the tire industry. in India. In 1980, Onkar Kanwar boldly took over the management of the company. He has inspired and led a team of competent young professionals and ensured the company’s growth in the face of many challenges.

1975: The foundation stone for Apollo Tires I plant is laid in Perambra, Kerala.

In 1988, the company launched its first series of heavy and light truck tires, and a year later, the XT-7 was launched, which became the best-selling truck tire in India. In the late 1980s, the company decided to open a second manufacturing facility in the country and after searching for a suitable location across the country, Apollo set up a manufacturing plant in Limda, Gujarat, in 1991. Later in 1995, the company acquired Premier Tires Limited, a company Kerala-based tire and tube manufacturer. By the end of the last century, Apollo had not only become one of the leading tire manufacturers in India, but also the largest manufacturer of radial tires in the country.

Since the early 2000s, Onkar Kanwar has been taking care of his son Neeraj, current Vice Chairman and Managing Director, to help him run the Apollo. The father and son duo then embarked on a daring journey of expansion and established an even larger international footprint. In 2006, the company took its first major steps outside India with the acquisition of Dunlop South Africa and Zimbabwe.

A pivotal moment for the company came in 2009 when Dutch tire company Vredestein was acquired by Apollo Tires, gaining a foothold in the lucrative European tire market and increasing its annual turnover at the time by a quarter. The strategic acquisition of one of the most profitable tire manufacturers in Europe has given the company direct access to the large Vredestein market in Europe. 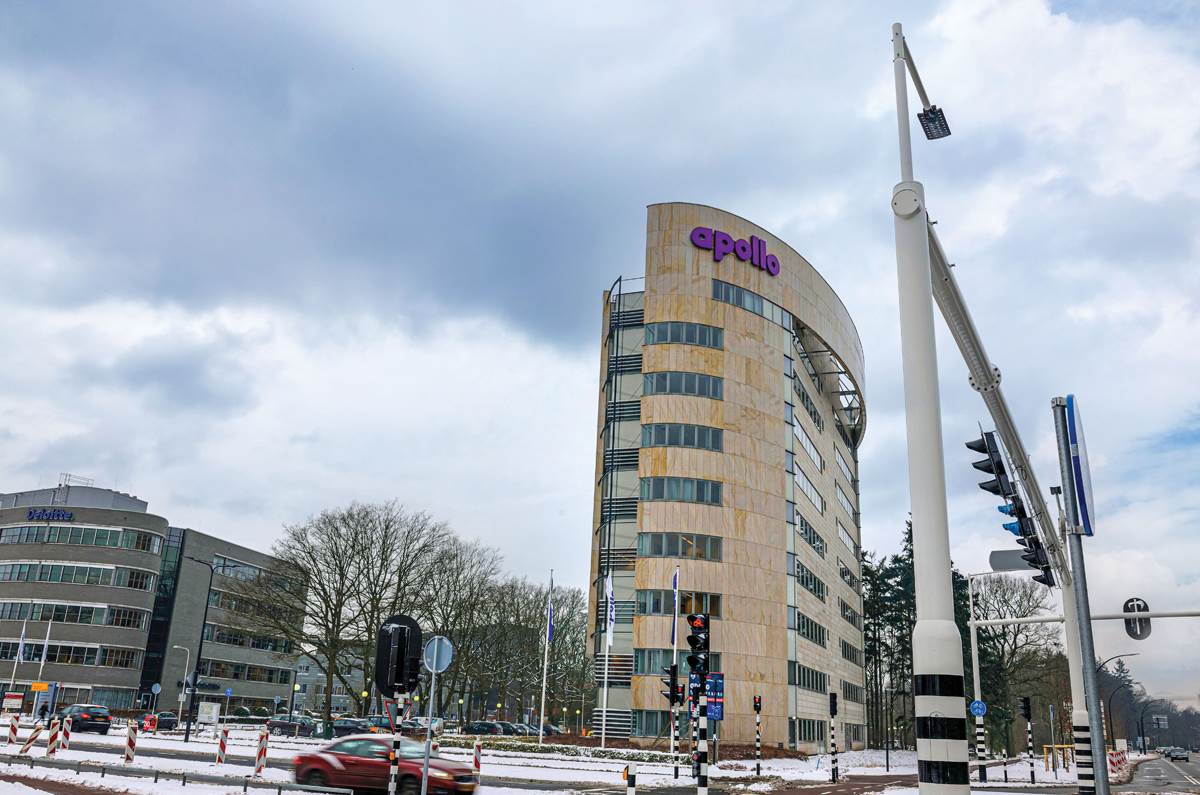 The company’s global foray was bolstered by the launch of the Apollo brand in Europe in mid-2010. Its international footprint grew in 2013 when Apollo opened its Global Research and Development (R&D) Center in Enschede, the Netherlands, which would serve as a hub for the development and testing of car and truck tires for all product brands. Then, in 2017, in a reflection of its growth aspirations and manufacturing capabilities, Apollo Tires opened its first new facility outside India in Hungary. “From being a company focused on the replacement market in Europe, we will soon start supplying our tires to all the leading OEs in Europe,” Onkar Kanwar said at the time.

Even as Apollo Tires was fulfilling its international aspirations, the company continued to strengthen its position in the Indian market. In 2016, it announced its entry into the two-wheeled tire segment in India by unveiling a range of tires for motorcycles and scooters. Called the Apollo Acti, the range of tires is designed and developed at the company’s research and development center in Chennai. Then, in a move that supercharged its brand, in 2018, the company chose Sachin Tendulkar, a global sports icon, as its brand ambassador. 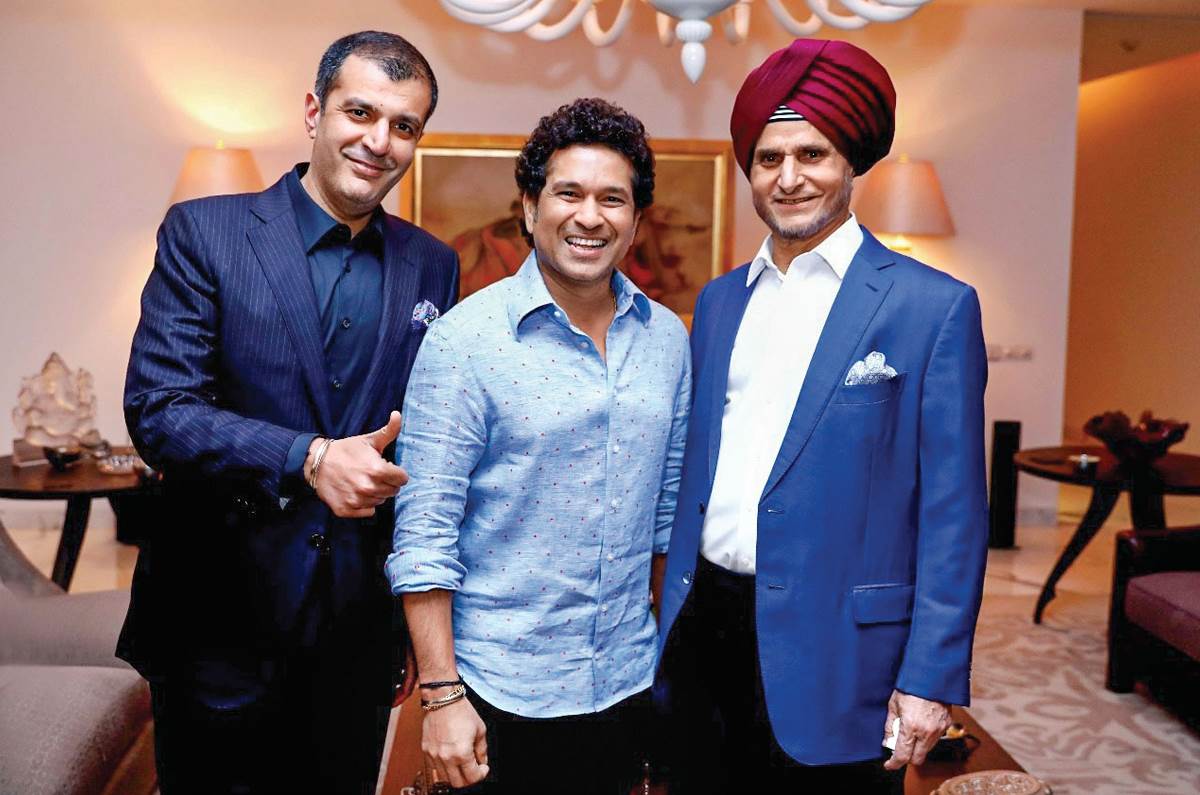 The company’s long-awaited announcement came in 2021 when it launched the premium brand Vredestein in India with tires manufactured at the company’s state-of-the-art facilities in the country. Commenting on the launch, Neeraj Kanwar said: “Vredestein is synonymous with premium design and superior performance, the two most important factors considered by owners of luxury cars and superbikes. I am confident that, with Vredestein, a local international brand, we will become the dominant player in the product segment. luxury in India.

The current and future scenario of Apollo is exciting and encouraging. The company closed the 2022 fiscal year with consolidated revenue of Rs 20,948 crore, with strong growth of around 20 per cent. The growth was led by its operations in India, which grew by 25%. Business in Europe saw a healthy growth of 18 percent.

“We will continue to make steady progress across all of our growth pillars, and I am confident that Apollo Tires is on a steady growth path. We will continue to build on our successes in controlling costs, improving operational efficiency and leveraging our successes,” Onkar Kanwar said in his recent annual letter to the company’s shareholders. technology”. 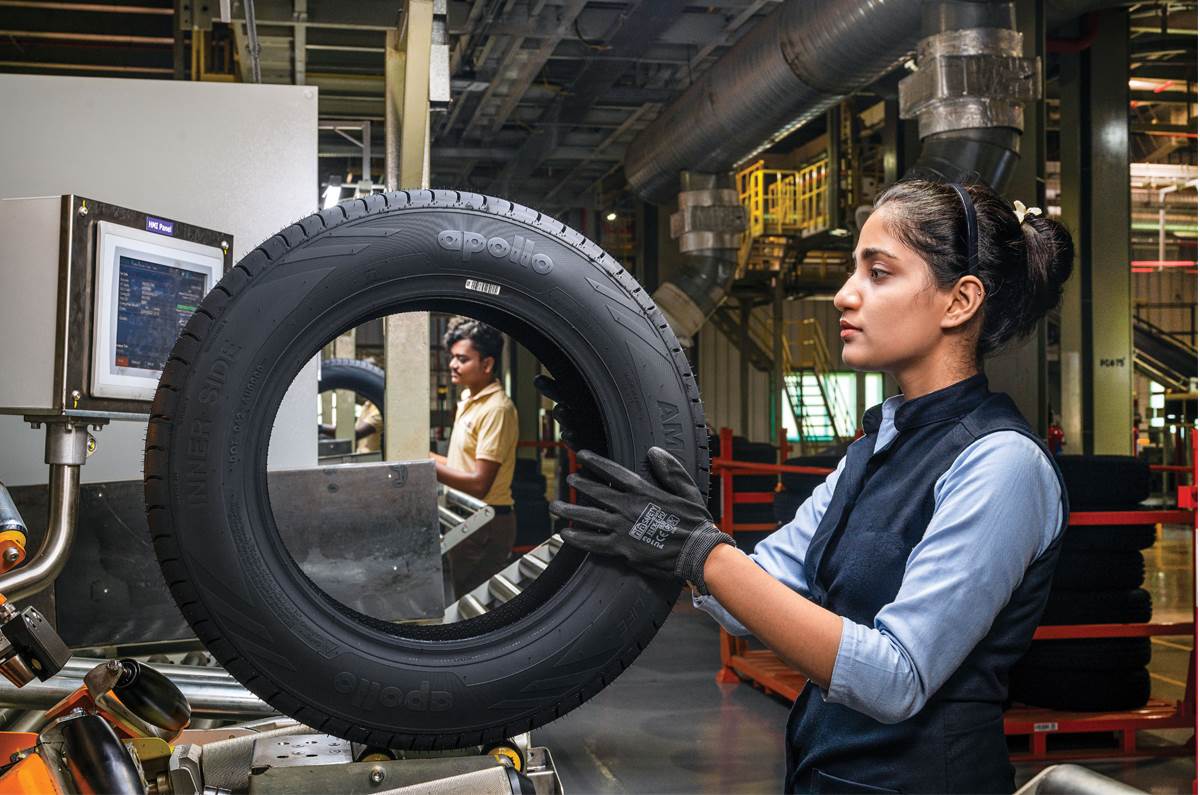 Apollo Tires has five plants in India and one each in Hungary and the Netherlands.

Apollo Tires has been built on the philosophy of enhancing shareholder value by ensuring consistent, profitable and sustainable growth since its inception. This has led the company to take decisions that may be against the direction of conventional wisdom, but thanks to these bold decisions, it has never deviated from its profitable growth path. According to Neeraj Kanwar, the next few years for Apollo will include a rapid movement towards their vision with a focus on the pillars of its growth, including digitalization and sustainability. “The increased use of artificial intelligence and machine learning in our operations will help us improve our manufacturing efficiencies, removing bottlenecks in our existing facilities. I am also looking forward to supply chain consolidation, making the whole process seamless. With so many projects underway to increase energy use,” said Neeraj Kanwar. The next few years will be key to our journey towards being a carbon neutral company by 2050.”