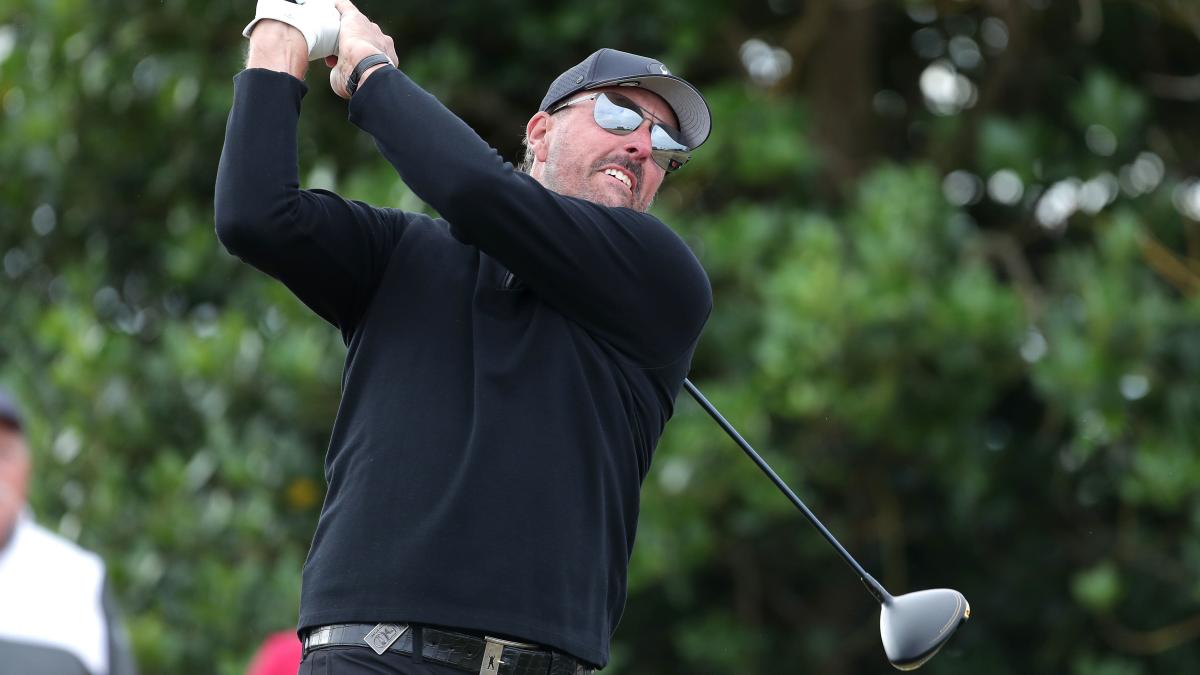 0
SHARES
ShareTweet
Phil Mickelson told a reporter to “let him go” due to his frustration with asking questions related to LIV Golf after his opening round of the Open Championship.

Mickelson’s absence from the Champions’ pre-events in St Andrews has been one of the main talking points in preparation for the 150th edition of the tournament this week.

The 2013 winner insisted that he be invited to a celebratory dinner and a four-hole show course, but after becoming one of the faces of the controversial Saudi-backed competition series LIV, he refused to avoid becoming a distraction.

This differs from the stance taken by nominal LIV chief Greg Norman, the Open champion in 1986 and 1993, where R&A organizers made it clear that the Australian had not been invited.

“The R&A team called me a couple of weeks ago and said, ‘Look, we don’t think it’s a great idea to go, but if you want to, you can,'” Mickelson told reporters after starting his latest challenge at an open level championship.

Asked if he was sad to be in such a situation, the 52-year-old said, “No, no. Not at all. I guess I couldn’t be more excited and ecstatic for what I’m in.”

Having missed the dinner, which was attended by the likes of Jack Nicklaus, Tom Watson, Sir Nick Faldo, and Tiger Woods, Mickelson said, “Let it go, dude. Let it go. That’s three times that you asked the same question.”

“I don’t know what to tell you. I couldn’t be happier.”

Mickelson insisted he had no regrets about signing up for the big-money LIV Arena, which sparked a major controversy in the game and led to him being banned from the PGA Tour.

The American said, “I made the right decision for myself and am excited to have the opportunity to play competitive golf and have it in my life on a more moderate scale where I can do some things outside of that as well. It freed up a lot of time too.

“I couldn’t be happier. I think it was really good. I can’t wait to get to New Jersey and play another event there.”

Woods this week criticized LIV players for “turning their backs on what allowed them to get into that position”. He also decried the 54-hole format of the LIV Championships.