From developing and launching the country’s first lithium-ion electric scooters to building charging infrastructure, Hero Electric has been at the forefront of India’s E2W push.

Late last month, Hero Electric began construction of its second manufacturing facility, which will be located adjacent to its current factory in Ludhiana. The production capacity of the proposed new plant will be 2 lakh vehicles. Navin Munjal, the man who heads the company, said the second facility will help accelerate Hero Electric’s mission to move the world toward sustainable mobility solutions. The goal is to reach 1 million capacity by 2025, Munjal said. Almost two weeks before the start of work on its second plant, the first batch of Hero Electric scooters was launched from Mahindra Group’s facility in Madhya Pradesh. The strategic alliance with Mahindra, in the form of a 5-year partnership, will see Hero Electric manufacture two of its e-bikes, the Optima and NYX, in Pithampur.

Likewise, Hero Electric has strong relationships with other players who help it build a strong ecosystem of electric vehicles. It is a worthy ambition for a market leader in two-wheeled electric vehicles in India, the company that developed and launched the country’s first lithium-ion-based electric scooter. 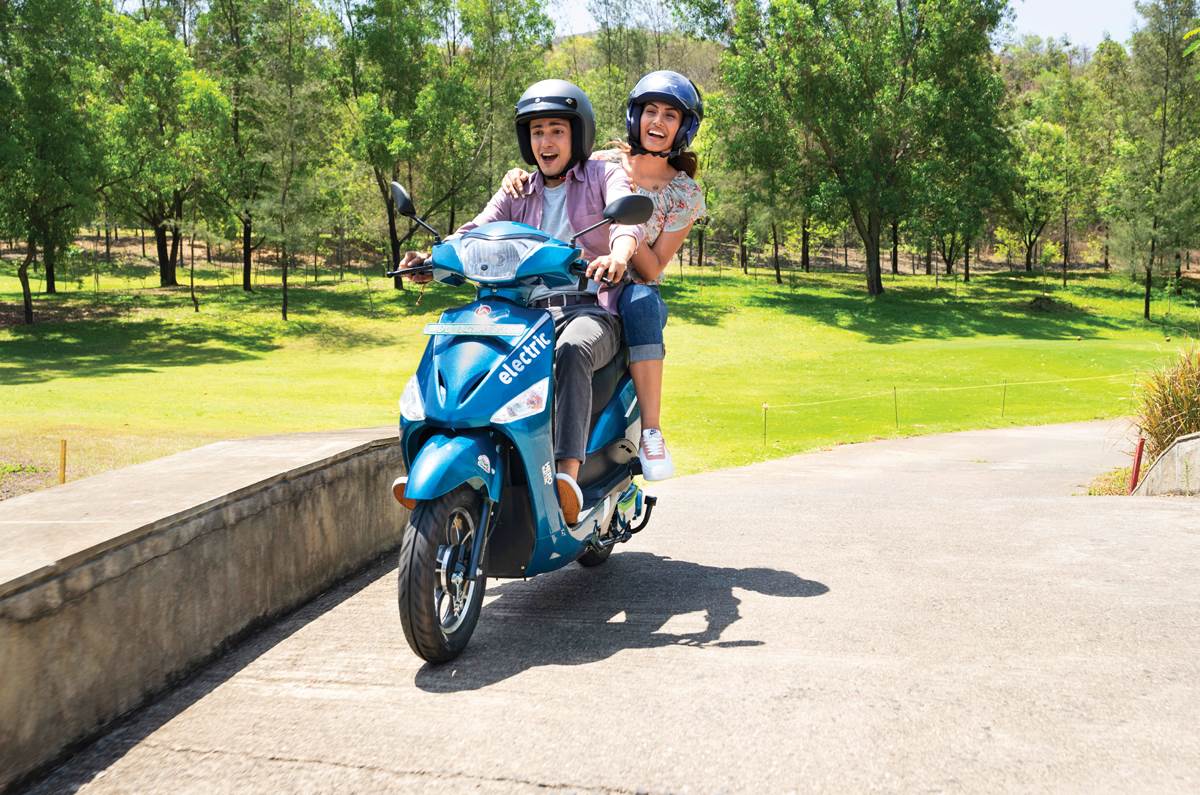 Hero Electric has five vehicle platforms with 14 different types, each targeting different segments. It is a force to be reckoned with not only in the city speed segment and the low speed market, but also at the premium end of the market. Its latest launch, the Eddy e-scooter, is the perfect blend of technology and comfort and is aimed at riders who use electric two wheels for shorter distances. In fiscal year 22, Hero Electric became the first and only electric two-wheeler (E2W) manufacturer to sell 1 lakh units per year.

Hero Electric’s E2W story began in 2007 when they launched battery-powered e-scooters. In 2010, the company switched to lithium-ion and applied the lessons it had learned from its previous initiative to lay the groundwork to dominate a market that had not yet emerged. Being a pioneer, Hero Electric had to try and work on several strategies before it was successful. 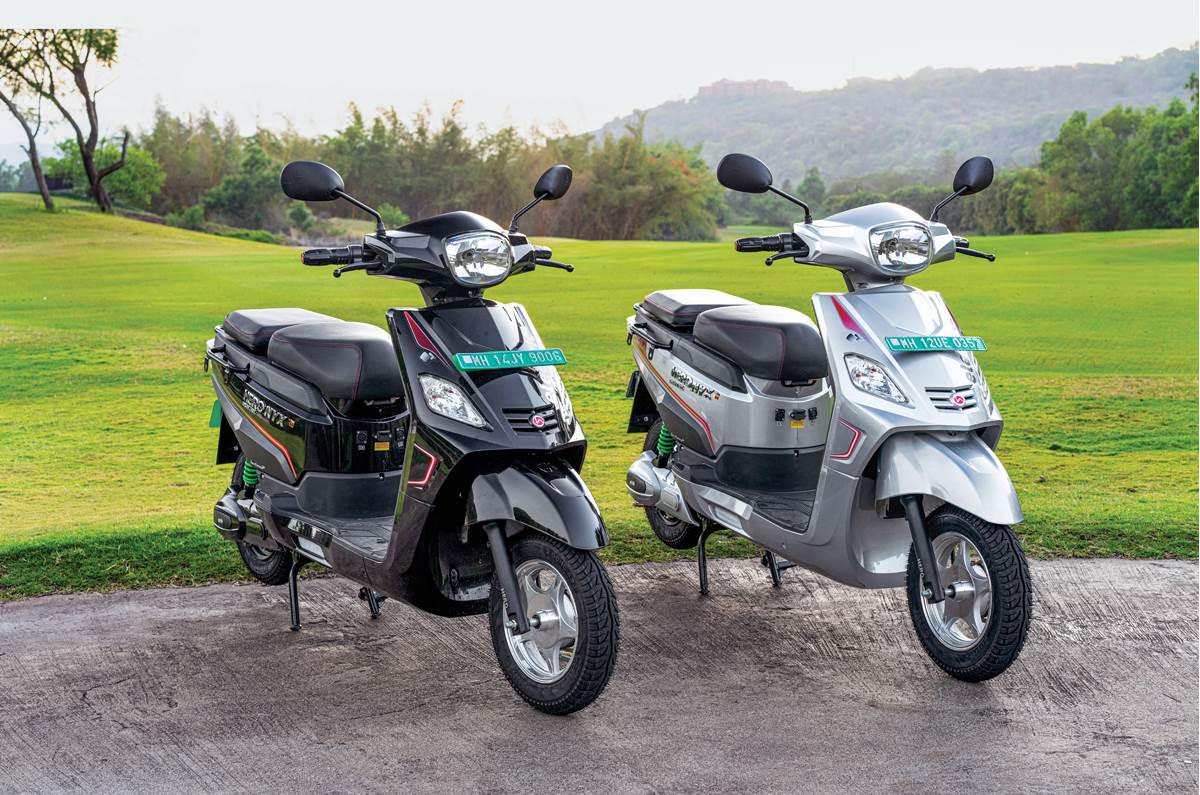 Hero Electric NYX is electrifying the connection part in the last stage.

The lack of charging infrastructure in India about a decade or so ago has led Mongal and his executives to focus on making their batteries portable, so users can charge them in their apartment or office. Hero Electric has also made the battery standardized across its line of products. Another major insight gained from its early years was about cost. Mengal and Associates. I realized that the high cost of capital for electric vehicles, compared to ICE products, was a major barrier to electric vehicle adoption. This made them intent on offering customers electrically powered alternatives that were not only reliable and of high quality, but also cost significantly less than ICE products in the long run. Having an ear to the ground and a relentless focus on providing both quality and comfort. 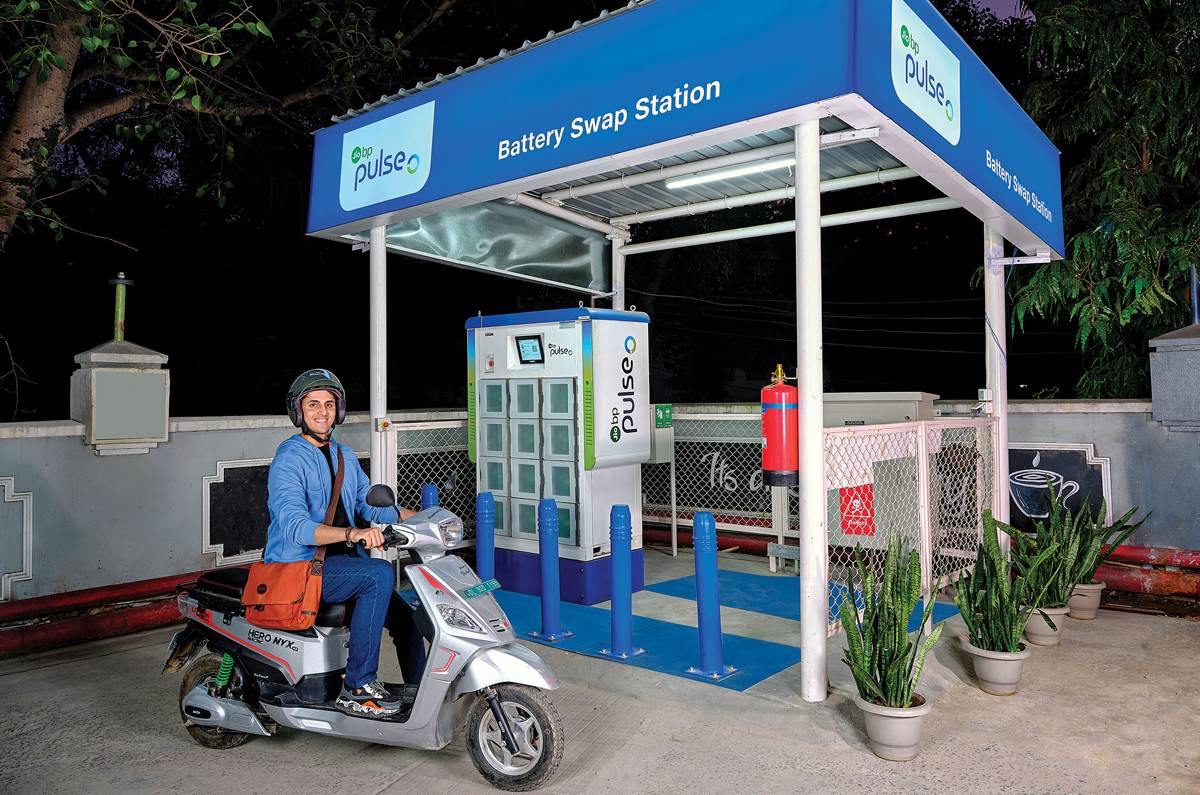 Today, the Hero Electric product range starts at Rs 62,190 for an Optima CX (single battery) and goes up to around Rs 80,000 for a Photon. Its clients include environmentally conscious college students, working professionals, and enthusiasts, as well as seniors. It has more than 750 sales and service outlets and an extensive shipping network. With more than 4.5 lakh two electric wheels on the road, Hero Electric has played an important role in the development of the electric vehicle market in India.

In April of this year, Hero Electric teamed up with EV charging network Bolt to build 50,000 charging stations next year. Bolt chargers will be installed at more than 750 Hero Electric touch points across India, benefiting more than 4,50,000 Hero Electric customers. The association with Bolt is one of many partnerships Hero Electric has entered into. Over the past two years, it has also associated with EV startup Massive Mobility and charging platform ElectricPe, among others, to promote faster EV adoption in the country. 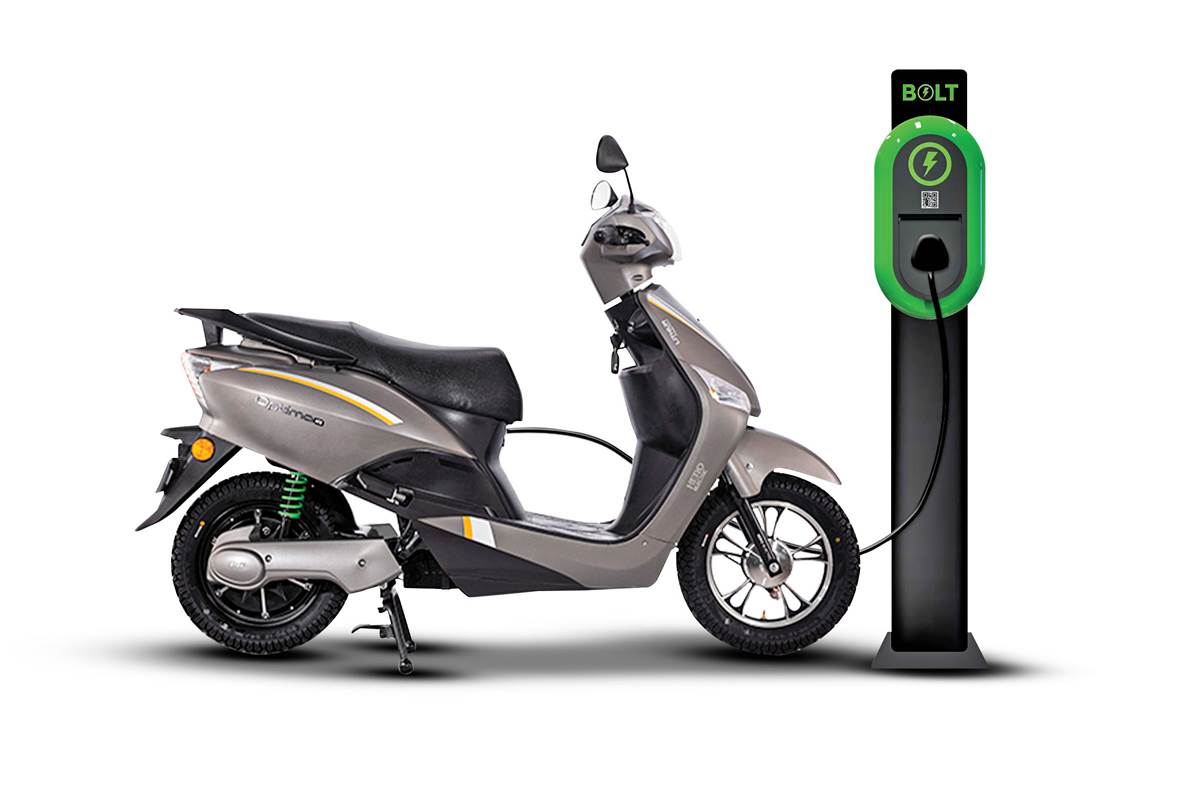 Hero Electric aims to create 20,000 charging stations by the end of this year through similar partnerships and collaborations. “The electric vehicle revolution in India is on two wheels, making this an ideal time for expansion and growth,” Munjal says. “As leaders in the E2W sector, we are committed to our ‘zero emissions’ mission by comprehensively contributing to the category growth and faster adoption of electric vehicles through collaboration. The decade brings us tremendous opportunities and challenges in terms of ecosystem, safety and battery, and innovative technology is at the core of the mobility revolution. Green. We at Hero are working backwards to meet our net zero commitments by 2030 through supply chain planning, reskilling, infrastructure requirements, and financial implications. To further support the transition, we are expanding our manufacturing, agency, and service network capabilities to meet our goals by 2025.”

Navin Munjal, who founded and turned Hero Electric into the country’s largest maker of two-wheeled electric vehicles, in terms of competition, capacity and partnerships. 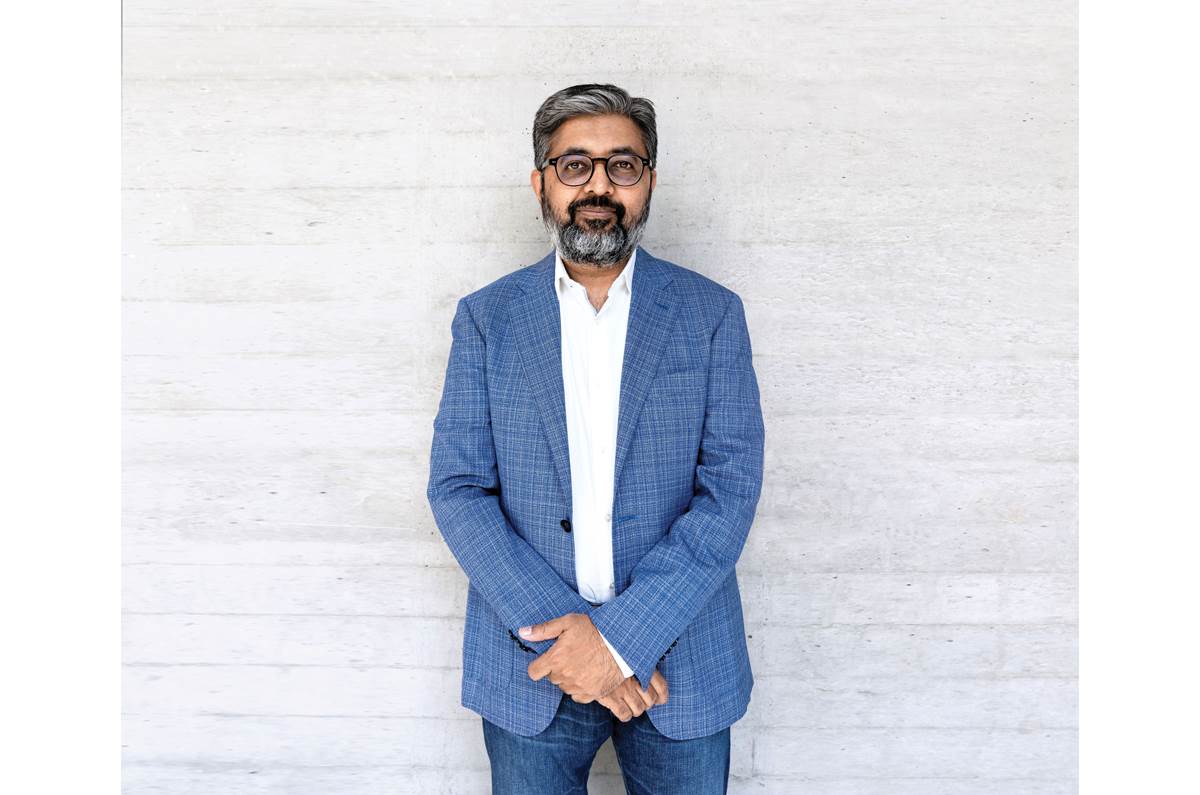 Navin Munjal has been instrumental in shaping the trajectory of the Indian two-wheeled electric vehicle industry. As managing director of Hero Electric, Munjal has taken a pioneering approach to two-wheeled electric vehicles, and has been optimistic about its prospects for more than a decade. As president of the Electric Vehicle Manufacturers Association (SMEV), which was established in 2008 and is the only authoritative representative body for the Indian electric vehicle industry, Mongal has played a key role in persuading policy makers to make the adoption of electric vehicles a major agenda. Here, Munjal talks about, among other things, competition in the E2W space, exciting partnerships with the likes of Mahindra, and the company’s product pipeline.

Hero has been among the market leaders in two-wheeled electric vehicles for many years. But the competition is heating up now. How do you plan to stay at the top of this sector?

We are confident of maintaining our leadership with our wide range of products catering to the diverse requirements of passengers. After achieving 1 lakh-unit sales in FY22, we are on track to triple our sales in FY23 with a massive focus on expanding agents and partnerships for financing and freight infrastructure. There will be products in both parts – city speed and high speed. The speed sector in the city is growing and the market is developing in the field of motors and batteries, which leads to a transformation, which will be provided by high-end products. We will have a coordinated focus on the areas of talent acquisition and research and development. Over the next three years, Hero Electric plans to expand its production capacity to one million units to meet the growing demand for E2W and accelerate the adoption of electric vehicles.

It has recently announced an important partnership with Mahindra. How will Hero Electric benefit from it?

Earlier this year, we announced a 5-year partnership with Mahindra, as part of our growth and expansion plans to meet the growing demand for E2Ws in the country. As part of this strategic alliance, two Hero electric scooters – the Optima and NYX – will be manufactured at the plant in Pithampur. This partnership will provide a platform for collaboration to develop and share the supply chain for all new electrical offerings. Moreover, we will share our R&D expertise to develop new technologies and products for domestic and overseas markets.

What will the Hero Electric product pipeline look like over the next 12 to 24 months?

In the next two years, Hero Electric will focus on building the city’s speed sector, enhancing production capabilities, strengthening the ecosystem, and bringing in innovative technologies. The Optima and NYX were the best-selling models in their segment for the commercial and B2B segments, respectively. We launched Hero Eddy in March for short-distance commuting. We are also looking forward to the launch of a new variant of the Optima range – the Optima CX.

Hero Electric has recently focused on increasing its manufacturing capacity. What are your goals in the near future?

The electric two-wheeler segment is seeing growth in hockey, with revised FAME II support, improved infrastructure, and increased awareness.
We are looking forward to increasing our annual production capacity to 1 million units in
the next three years. We recently had our groundbreaking ceremony
The second factory is in Ludhiana, Punjab. The modern manufacturing facility will span 10 acres, with an annual production capacity of 200,000 vehicles. We will be looking to open more manufacturing units soon.

Hero Electric has one of the largest dealer networks in the country when it comes to two-wheeled electric vehicles. Thinking of an online sales model with options like home delivery?

Currently, we have more than 750 sales and service outlets spread all over the country, including the most important central areas, small metros and even small cities, and we are targeting 1,000 touch points. In the midst of the COVID-19 pandemic, we have started with a mixed sales model (online + dealers), with deliveries carried out through merchants to ensure smooth after sales service. Agents are evolving with a focus on experiential factors such as convenience, customization, innovation, and digitization. They’re now moving into experience centers, a department store floor format with a switch to a phygital format. This shift in the purchasing process provides easy and paperless transactions for the convenience of customers.